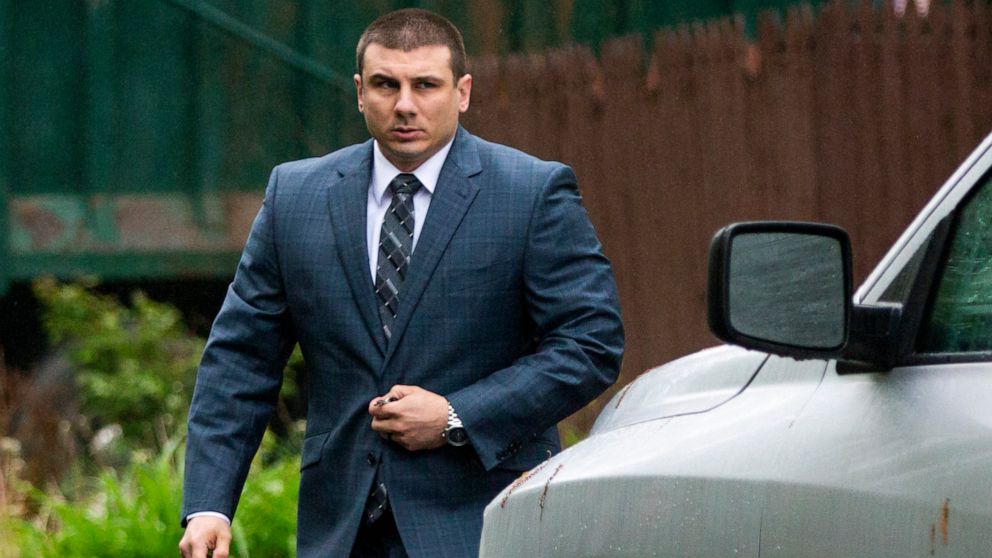 A week-long departmental trial for Daniel Pantaleo, the New York police officer who put Eric Garner in the unauthorized choke hold that led to his death nearly five years ago on Staten Island, is set to begin this week.

Garner’s final words, “I can’t breathe,” became a national rallying cry in protests over issues of race and justice.

This is not a criminal proceeding but a matter before an NYPD administrative judge who will weigh whether Pantaleo inappropriately used the maneuver. The judge’s decision goes to Police Commissioner James O’Neill, who will then decide Pantaleo’s fate with the NYPD.

The Justice Department declined to pursue a federal civil rights case against Pantaleo, who has been relegated to desk duty these last several years.

It is uncertain whether Pantaleo will testify at his departmental trial.

“It’s really important to respect due process here and I’ve been clear about that,” de Blasio said. “The big – the big mistake here, I really believe in my heart is the Justice Department never decided anything and, you know, the City of New York deferred to the Justice Department’s request that they take their investigation forward and determine if there would be charges and they never to this day have and it’s just – I’ve never seen anything like it in my life.”

If Pantaleo is found guilty of violating department rules, he faces penalties ranging from the loss of vacation days to termination. Pantaleo has denied all wrongdoing.

July 2, 2019 admin Top Stories Comments Off on Late LA Angels pitcher to be honored with pregame moment of silence

Hits: 5 Los Angeles Angels pitcher Tyler Skaggs, who was found dead on Monday, will be honored with a pregame moment of silence before his team takes on the Texas Rangers Tuesday night. Skaggs, 27, […]

No charges filed in death of 5th grader after classroom fight

April 19, 2019 admin Top Stories Comments Off on No charges filed in death of 5th grader after classroom fight

Hits: 4 A pathologist’s review of fifth grader Raniya Wright’s death revealed that she had a rare birth defect that caused her death, rather than the fight that she was involved in minutes before she […]

Hits: 12 A Philadelphia nonprofit’s plan to open a safe-injection site, where drug users can inject under medical supervision, does not violate federal drug laws, a federal judge ruled Wednesday. Although it’s likely the ruling […]