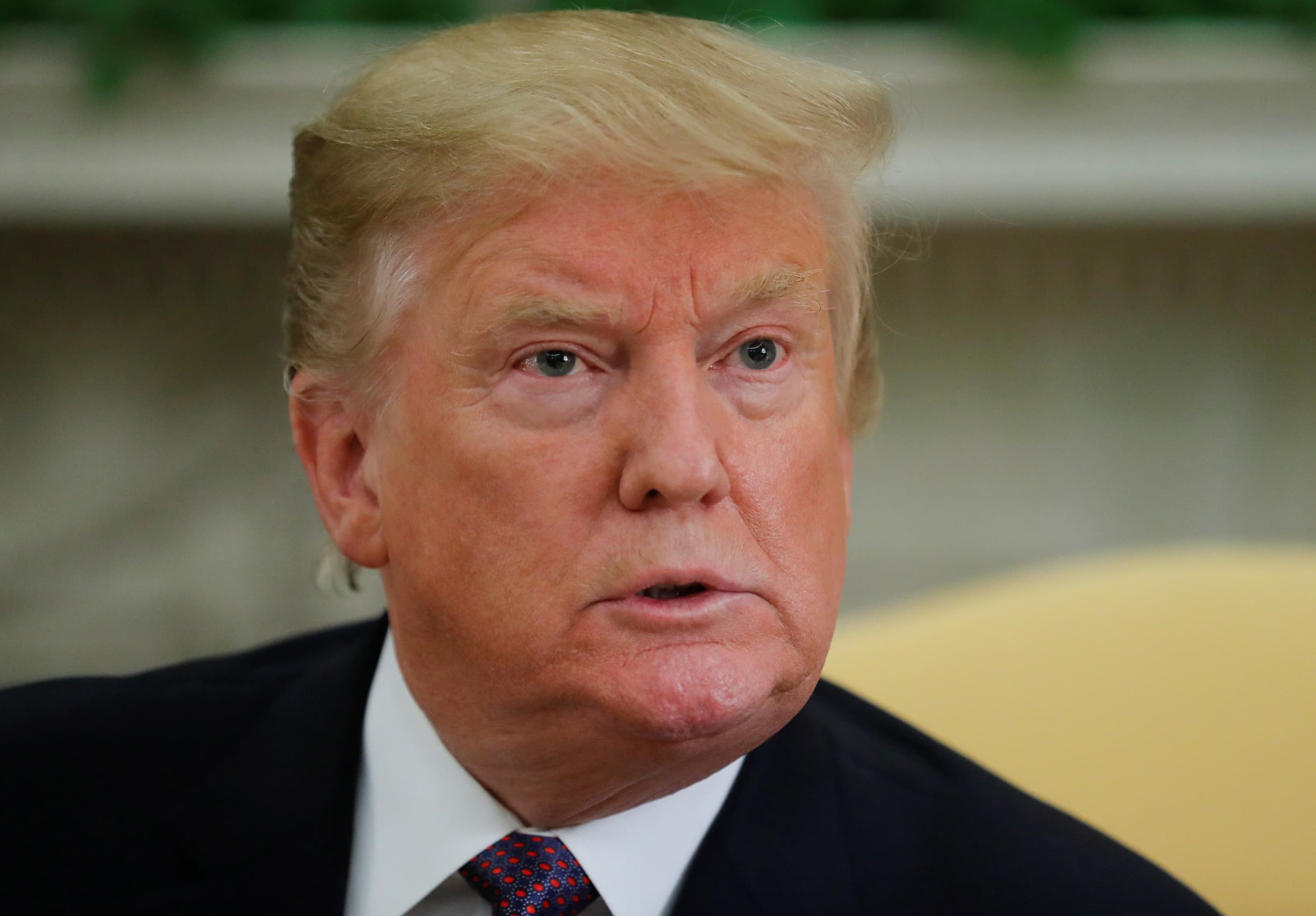 President Donald Trump said the latest round of retaliatory tariffs announced by China on Monday put the United States in a great position, and represent “a very positive step” in the ongoing trade negotiations.

China retaliated Monday to President Donald Trump‘s latest shot in the trade war between the world’s two largest economies. Beijing said it would hike tariffs on $60 billion in U.S. goods to as high as 25%.

“I love the position we’re in,” Trump said, adding, “There can be some retaliation, but it can’t be very substantial by comparison.”

Trump also confirmed that he plans to meet with Chinese President Xi Jinping and Russian President president Vladimir Putin at the G-20 summit in Japan in late June.

“We have the right to do [tariffs on] another $325 billion at 25% in additional tariffs” on Chinese goods, Trump said, but he added, “I have not made that decision yet.”

The retaliatory moves by the Chinese followed the Trump administration’s move Friday to hike duties on $200 billion in Chinese goods to 25% from 10%.

“We’re taking in tens of billions of dollars” in tariffs, Trump said at a White House meeting with visiting Hungarian Prime Minister Viktor Orban. Trump did not mention that the tariff dollars are being paid by U.S. consumers, and not by China.

The economic conflict widened last week as the two sides struggled to strike a new trade agreement. Trump decided to increase the tariffs following what the U.S. called China’s decision to renege on key parts of a developing deal. Equities markets fell Monday after the Chinese retaliated in response.

China’s tariff increases, which raised the duties on thousands of products to 25% and 20% from either 10% or 5% previously, target key pieces of Trump’s political base, including manufacturing and agriculture. While the tariffs affect technology components and numerous other manufactured products, they also increase duties on goods such as wheat, peanuts, sugar and berries.

U.S. farmers have suffered from price decreases caused in part by China’s tariffs, and have grown increasingly unsettled by the escalating trade war.

Trump also said he would use a portion of the revenues that will be paid by consumers buying Chinese goods under the new tariffs to help provide financial relief for farmers.

Trump has aimed to use the tariffs to pressure China into a trade deal. He has pushed Beijing to address what he calls unfair trade practices such as intellectual property theft and massive trade deficits.