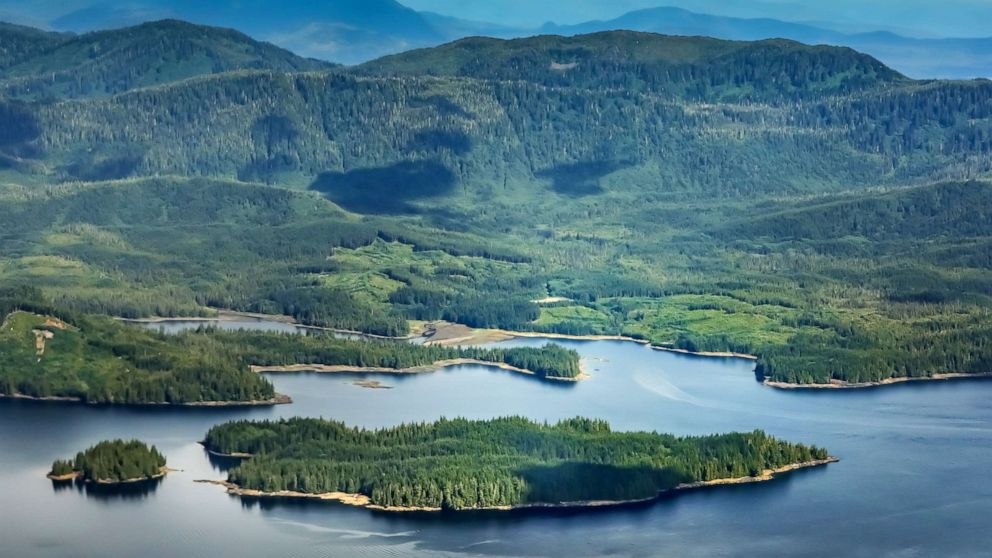 Four people have been confirmed killed, two remain missing and 10 others were hospitalized after two aircraft collided in midair over Alaska, according to the U.S. Coast Guard.

The collision took place in Coon Cove, Alaska, according to the Federal Aviation Administration. A de Havilland DHC-2 Beaver and a de-Havilland Otter DHC-3 “collided in mid-air under unknown circumstances,” the FAA told ABC News.

Both planes were flying excursions sold through Princess Cruise Lines, which confirmed in a statement to ABC News that five people were killed.

“On Monday, May 13, 2019, at 1:08 p.m. local time, a small float plane operated by Taquan Air that was flying a shore excursion sold through Princess Cruises was involved in an accident approximately eight (8) nautical miles from Ketchikan, AK, Princess Cruise Lines said in a statement. “The flight was returning from a Misty Fjords tour and carried ten guests from Royal Princess and a pilot. A second float plane was also involved in an incident and was carrying four guests from Royal Princess on an independent tour.”

“The U.S. Coast Guard and local search and rescue teams have confirmed that nine (9) of the guests on the Taquan Air plane have been rescued and are receiving medical attention with the condition of one (1) guest still unknown, the statement continued. “It has also been confirmed there are five (5) fatalities from the independent air tour – four (4) Royal Princess guests and one (1) pilot. Princess Cruises has activated members of its Care Team to provide assistance to the families impacted by today’s accident.”

“We are incredibly distressed by the situation, and our thoughts and prayers are with those onboard the planes and their families,” Princess Cruise Lines said. “Princess Cruises is extending its full support to traveling companions of the guests involved.

The Voyage of the Glaciers cruise was on a seven-day trip that departed Vancouver on May 11 and is scheduled to arrive in Anchorage on May 18, the company said.

The company that owns one of the aircraft, Taquan Air, released a statement that they will cooperate fully with the investigation.

“We are devastated by this news and our hearts go out to our passengers and their families. At this time, we are in the midst of an active crisis response, and our focus is on assisting these passengers, the pilot, our staff, their families and loved ones, and first responders,” Taquan Air said in a statement. “Taquan Air has suspended all scheduled flights and is cooperating fully with the National Transportation Safety Board (NTSB), the Federal Aviation Administration (FAA) and other authorities to examine every aspect of this event.”

The Coast Guard is investigating the incident and the NTSB is launching a Go Team to the area.

Hits: 7 Fotis Dulos, the estranged husband of missing Connecticut mom Jennifer Dulos, has insisted he didn’t kill his wife and doesn’t know where her body could be, his attorney said. “This is a troubled […]

Hits: 1 A New York City man who has been fighting for 14 years to clear his name in the 2003 murder of a Fairfield University football player hit another roadblock in his legal battle […]

Hits: 6 An Arkansas sheriff’s deputy was one of two people killed in a shooting Thursday morning, authorities said. “We are sad to report that the coroner has been called to the scene for the […]