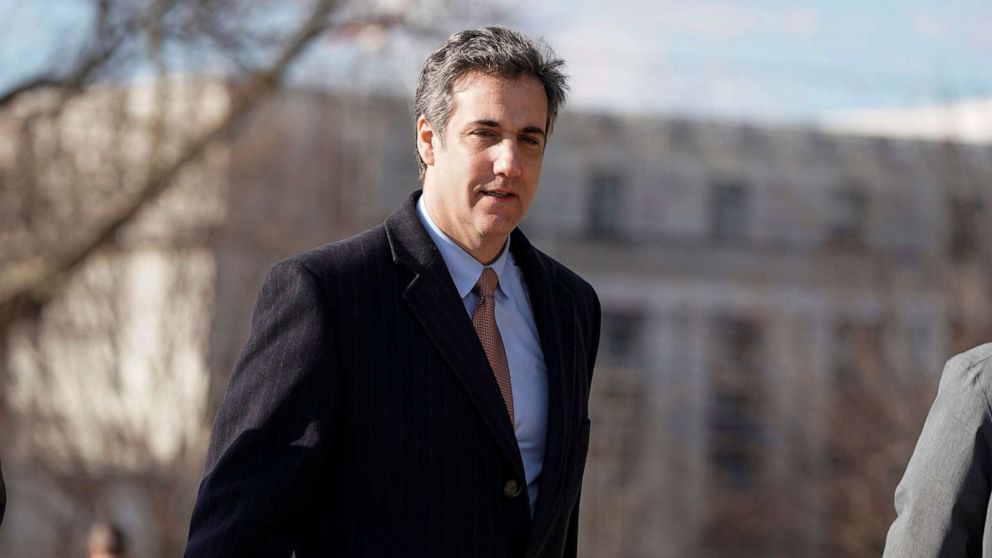 The Democrat-led House Intelligence Committee has launched an investigation into claims brought forth by Michael Cohen, the president’s former personal attorney, who has suggested that members of President Donald Trump‘s legal team edited his statement to Congress about a prospective Trump Tower-Moscow project.

During public testimony in March, before the House Oversight Committee, Cohen said Trump’s current personal lawyer, Jay Sekulow, changed his statement to the House and Senate Intelligence Committees regarding the duration of those discussions before he submitted it to Capitol Hill.

In his initial statement to Congress, Cohen said discussions about the Moscow project ended in January of 2016, when in reality conversations about the prospective deal continued through the summer of 2016 — well after Trump became the Republican nominee for president. Federal prosecutors in special counsel Robert Mueller’s office later wrote that Cohen also sought to “minimize links between the Moscow Project and Individual 1,” referring to then-candidate Trump.

Cohen, who is currently serving a three-year prison term at the federal corrections facility in Otisville, New York, pleaded guilty late last year to lying to Congress about the content of that statement. Sekulow has denied the claims, writing in a statement at the time that “today’s testimony by Michael Cohen that attorneys for the President edited or changed his statement to Congress to alter the duration of the Trump Tower Moscow negotiations is completely false.”

Since March, the House Intelligence Committee’s chairman, Rep. Adam Schiff, D-Calif., has exchanged a series of letters with attorneys representing members of Trump’s legal team. News of the nascent investigation and Schiff’s letters to the attorneys was first reported Tuesday by the New York Times.

Schiff, in a statement released Tuesday, said his committee would be “negligent not to pursue” Cohen’s claims.

“The materials we are requesting in these letters go to the heart of that investigation and to Congress’s ability to conduct meaningful oversight,” Schiff said.

An attorney representing the president’s legal team, Patrick Strawbridge, said in a statement of his own that his clients intend to resist complying with the committee’s request, citing “one of the oldest and most sacred privileges in the law … attorney-client privilege.”

In a letter addressed to Schiff in April, Strawbridge wrote, “we are at a loss to see how that charge justifies your sweeping and unprecedented requests to our clients.”

Schiff, in response, wrote that a “bare assertion of privilege without any particularized discussion of specific documents or communications is woefully inadequate to meet your burden of establishing the elements necessary to support a valid claim of privilege.”

During his closed-door testimony before the House Intelligence Committee in March, Cohen shared documents and emails with committee members showing what he said were edits to the false statement he provided to Congress in 2017, in an effort to bolster his public testimony, two sources familiar with the matter said at the time. ABC News has not independently reviewed the nature of those edits.

In addition to the charges of lying to Congress, Cohen also pleaded guilty late last year to campaign finance violations and a slew of tax- and bank-fraud.

Hits: 2 The TAKE with Rick Klein The just-right candidates are proving to be just wrong for the moment. The governors who cast themselves as across-the-aisle dealmakers are gone. So is one of the stars […]

May 10, 2019 admin Politics, Top Stories Comments Off on Chelsea Manning released from jail after refusing to testify before grand jury

Hits: 3 Chelsea Manning, an anti-secrecy activist and former U.S. Army intelligence analyst, has been released from jail after a grand jury she refused to testify before expired, her attorneys said Thursday. “Today marked the […]

Hits: 7 President Donald Trump, a lifetime New Yorker long-linked to the Big Apple, has changed his official residence from Manhattan to Palm Beach, Florida. Trump, who was born in the New York borough of […]