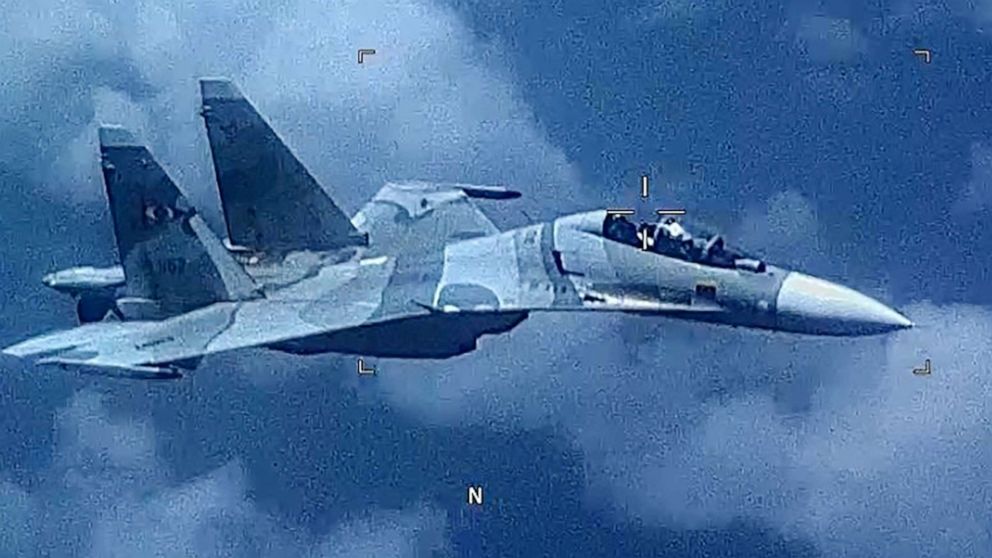 A Venezuelan Su-30 fighter plane “aggressively shadowed” a U.S. reconnaissance aircraft operating over the Caribbean Sea, according to U.S. Southern Command (SOUTHCOM), in a move the U.S. is calling “unprofessional.”

In a series of tweets on Sunday, SOUTHCOM said the Venezuelan fighter, which took off from an airfield 200 miles east of Caracas on Friday, “‘aggressively shadowed’ a U.S. EP-3 at an unsafe distance…jeopardizing the crew and aircraft.”

“The EP-3 was performing a multi-nationally recognized and approved mission in international airspace” over the Caribbean Sea, SOUTHCOM added.

Venezuela has purchased military aircraft, including the Su-30, from Russia. U.S. officials have previously accused Moscow of propping up Venezuelan president Nicolas Maduro amid the ongoing economic and humanitarian crisis there.

The P-8A was intercepted by a Russian SU-35 “three times over the course of 175 minutes” over the Mediterranean Sea, the Sixth Fleet said. While “the first and third interactions were deemed safe,” the second “was determined to be unsafe due to the SU-35 conducting a high-speed pass directly in front of the mission aircraft, which put our pilots and crew at risk.”

David Ortiz released from hospital after shooting in Dominican Republic

Hits: 4 Nearly seven weeks after being shot in a bar in his native Dominican Republic, David Ortiz has been released from hospital. The former Red Sox, known affectionately as “Big Papi,” was shot while […]

Experts explain how the Amazon wildfires became so devastating

August 28, 2019 admin Top Stories Comments Off on Experts explain how the Amazon wildfires became so devastating

Hits: 2 The eyes of nations around the globe are currently focused on the Amazon rain forest in Brazil, where wildfires are wreaking so much havoc that the smoke has been visible in cities up […]

Hits: 5 The leader of Germany’s center-left Social Democrats, a junior member of Chancellor Angela Merkel’s governing coalition, announced her resignation Sunday following days of speculation over the fallout from the party’s debacle in the […]