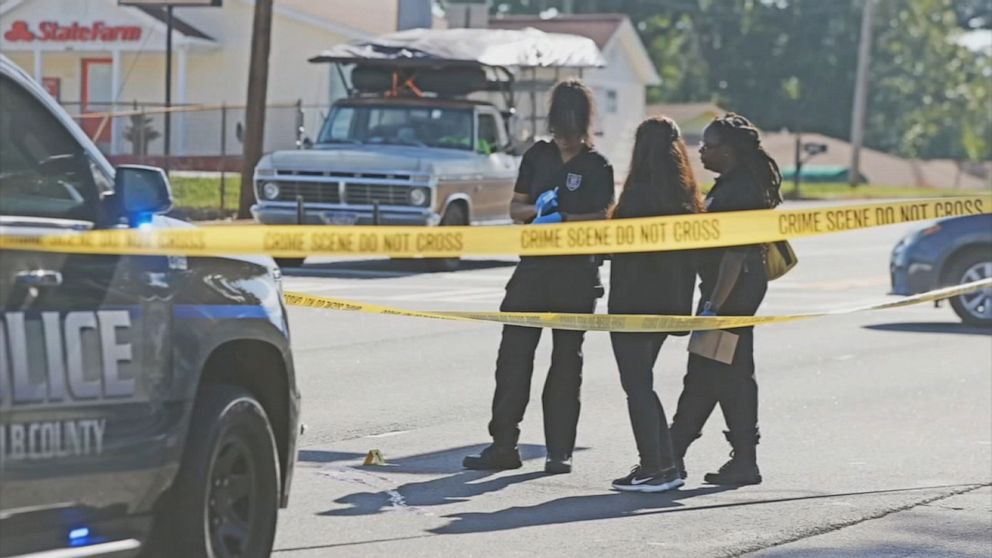 A Georgia good Samaritan is fighting for his life after he was shot in the head while attempting to break up a road rage confrontation in a suburb of Atlanta, authorities said on Tuesday.

The victim, whose name has not been released, was in critical condition, according to the DeKalb County Police Department.

“He was just trying to help squash an altercation between two individuals and ended up getting shot,” Sgt. Jaques Spencer told ABC affiliate station WSB-TV in Atlanta.

The shooting occurred about 8 a.m. on Monday at a busy intersection in Stone Mountain, about 20 miles southeast of Atlanta, police said.

The victim was a bystander who witnessed a road rage confrontation erupt between two motorists and attempted to intervene to stop the violence, Spencer said.

One of the men involved in the confrontation got back into his car and drove away, Spencer said. But just when the victim thought the incident had been defused, the suspect’s car returned to the scene and a passenger got out and fired several shots at the victim, hitting him in the head, Spencer said.

Police said the shooter got back into a silver Honda Accord and sped away, prompting a six-hour manhunt in the area.

A tipster spotted a vehicle matching the Honda and called the police, authorities said. The tip led officers to a home in Stone Mountain about two miles from where the shooting occurred. A DeKalb County Police SWAT team surrounded the house and arrested a suspect, identified as 23-year-old Aden Bouh, about 2 p.m. on Monday, according to police.

Bouh was booked into the DeKalb County Jail on one count of aggravated assault, according to jail records.

Police said the investigation of the shooting is ongoing, and it remained unclear if Bouh is the person who shot the good Samaritan.

The shooting marked the latest in an alarming series of apparent road rage shootings throughout the nation and came just days after a 3-year-old girl, Brooklyn Harris, was shot to death in Milwaukee, Wisconsin, when a motorist, allegedly angry at the child’s mother over a near accident, opened fire on the family’s car.

Antonio Bratcher, 39, was arrested in the fatal shooting of Brooklyn and has been charged with murder, authorities said.

On Tuesday, relatives, friends and community residents gathered in Milwaukee for Brooklyn’s funeral.

“I’m praying that all these kids should be safe out here. Whoever is angry they need to go get some help,” Brooklyn’s grandmother, Lasagna Ferguson, told ABC affiliate station WISN-TV in Milwaukee.

Hits: 5 Harvard University President Lawrence Bacow is saying he regrets the controversial comments he made invoking the 13th Amendment in referring to the university’s relationship with wealthy donors. The Boston Globe reports Bacow was […]

Hits: 3 A federal court in Mississippi on Friday temporarily blocked the state’s new “fetal heartbeat” law that bans abortion after roughly six weeks of pregnancy. The law was set to take effect July 1. […]

Hits: 5 After 14 inches of rain outside Houston on Wednesday, the tropical moisture will move northeast Thursday and combine with a western storm moving out of the Rockies to bring copious amounts of rain […]