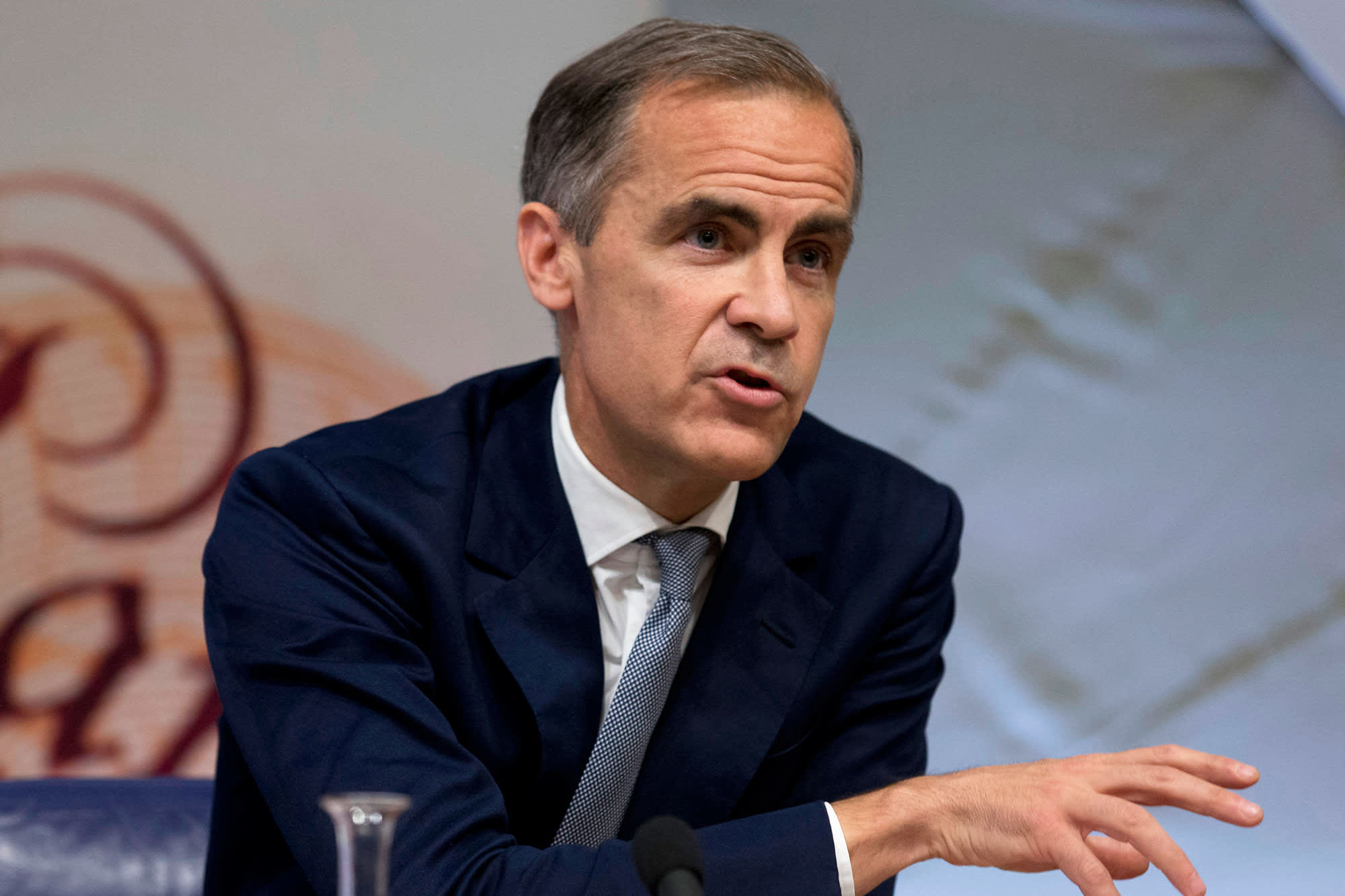 A screen shows the trajectory of the pound ahead of the U.K. parliament Brexit deal vote as a trader monitors financial data on computer screens.

Sterling fell below $1.30 on Monday morning after Bank of England (BOE) Monetary Policy Committee (MPC) member Gertjan Vlieghe hinted that he could vote to cut interest rates if upcoming data does not suggest a rebound for the U.K. economy.

Early in the European trading session, the pound had fallen by around 0.7% against both the dollar and the euro. Vlieghe told the Financial Times that the next few central bank meetings were “absolutely live,” echoing recent dovish comments from BOE Governor Mark Carney.

A host of data on Monday further reinforced the bank’s concerns, with GDP (gross domestic product) figures showing that Britain’s economy grew at its weakest annual pace in over seven years in November.

GDP in November was up just 0.6% compared to November 2018, while manufacturing output and industrial production fell on an annualized basis.

The Bank of England has not cut rates since 2016, having been one of only a handful of major central banks to hold rates steady in 2019.

Fellow Bank of England policymaker Silvana Tenreyro also said Friday that she would support a cut if the economy slowed. A slew of key data sets are due within the next fortnight, including CPI (consumer price index), retail sales, jobs and PMI (purchasing managers’ index) readings.

The bank’s November forecast for a recovery in demand was based on the assumption that the U.K. would agree a free trade agreement with the EU in 2020 following its departure on January 31, which would temper some of the long-standing uncertainty over Brexit.

However, markets remain skeptical that an accord can be struck within such a tight timeframe, and U.K. Prime Minister Boris Johnson has ruled out extending the post-Brexit transition period beyond December 2020.

In a note Monday, Berenberg Economics suggested while sterling remains weak relative to fundamentals and underlying domestic confidence, persisting Brexit uncertainty as the U.K. and EU negotiate the future relationship may still weigh on the currency.

“We look for a modest further appreciation versus the euro — from 1.17 currently to 1.20 by the end of 2020 — with a bigger gain versus the dollar — 1.31 to 1.38 over the same period — reflecting broad-based dollar weakness as global markets become more risk-on,” Berenberg strategists projected.