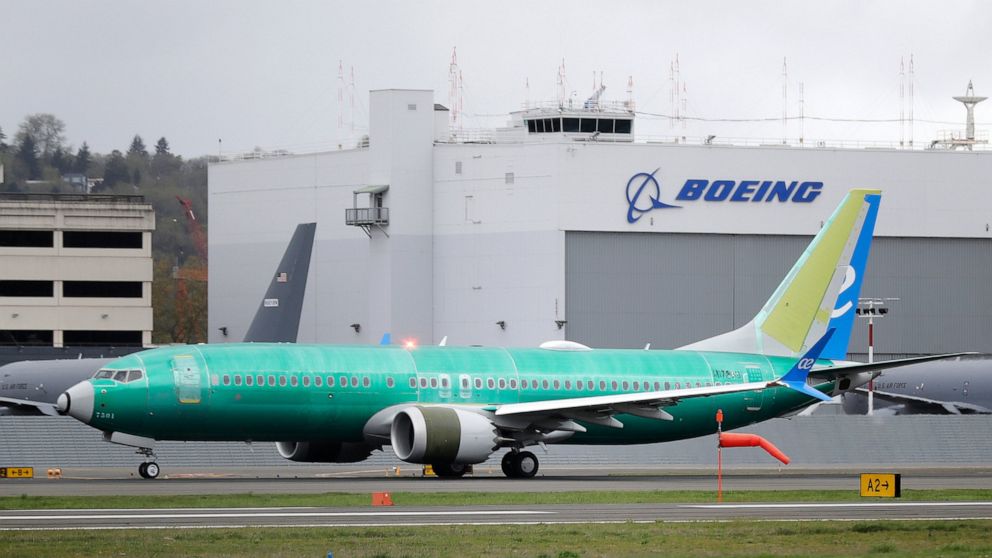 Lawmakers on Wednesday grilled the head of the Federal Aviation Administration over how his agency handled the safety certification of the Boeing 737 MAX 8 involved in two crashes that left more than 340 people dead.

Acting Administrator Daniel Elwell faced questions from members of the House Transportation Committee about the FAA’s role in approving the now grounded plane.

“In the U.S., the 737 MAX will return to service only when the FAA’s analysis of the facts and technical data indicate that it is safe to do so,” Elwell said in his opening remarks. .

Wednesday’s hearing marked the first in a series of investigations into why regulators or Boeing did not require pilots to go through training for the scrutinized automated safety system suspected in playing a critical role in the two crashes and why that system wasn’t detailed in the plane’s flight manual prior to the Lion Air crash in Indonesia last fall. An Ethiopian Airlines 737 MAX 8 crashed in March.

The MCAS, or Maneuvering Characteristics Augmentation System, is designed to prevent an aircraft from going into a stall by pitching the nose of the aircraft down. The 737 MAX 8 has two angle-of-attack sensors sensors but only receives data from one. If that one sensor malfunctions and feeds incorrect data, the MCAS function fires off and will pitch the nose down.

“How can we have a single point of failure in a modern aircraft?” Rep. Peter DeFazio, D-Ore., asked in his opening statement.

Later, DeFazio asked Elwell if it’s correct that, prior to the Lion Air crash, the pilots didn’t know the MCAS function was installed.

DeFazio also asked Elwell thought that MCAS function should have been more adequately explained to pilots.

“As a pilot, when I first heard about this, I thought that there should have been more text in the manual about the MCAS,” Elwell responded.

DeFazio pointed out that parents of 24-year-old Samya Stumo – killed in the Ethiopia Airlines crash were in the audience.

“Their daughter was flying from Ethiopia to Kenya for work when Ethiopian Airlines Flight 302 went down,” DeFazio said. “They deserve answers and accountability, as does the general flying public.”

This is a developing story. Please check back for updates.

What matters this morning with George Stephanopoulos: Day 5 of impeachment hearings

November 21, 2019 admin Politics, Top Stories Comments Off on What matters this morning with George Stephanopoulos: Day 5 of impeachment hearings

US, North Korea to hold working-level talks after months of diplomatic standstill

October 1, 2019 admin Politics, Top Stories Comments Off on US, North Korea to hold working-level talks after months of diplomatic standstill

Hits: 1 The U.S. and North Korea will convene working-level nuclear talks for the first time since before President Donald Trump and North Korea’s Kim Jong Un met in Hanoi, Vietnam, for their second summit […]