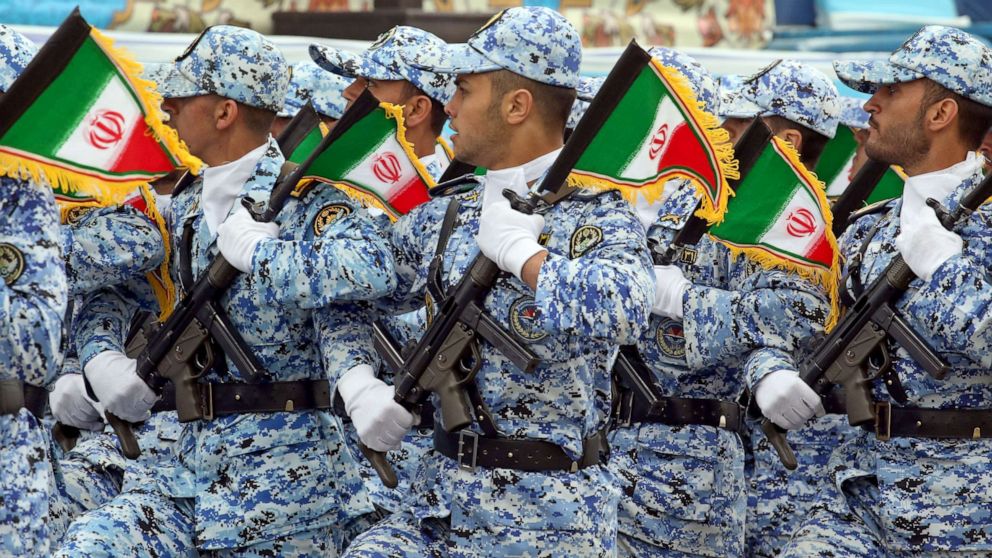 The U.S. State Department has ordered all non-emergency government employees to leave the U.S. Embassy in Baghdad and U.S. Consulate in Erbil amid tensions with Iran and warnings about possible threats to American interests in the region.

The order comes after U.S. officials told ABC News last week there were “clear indications” Iran, through its Islamic Revolutionary Guard Corps (IRGC), or Iranian-backed proxy forces were preparing for a possible attack against U.S. forces at sea and on land, including in Iraq.

The U.S. Embassy issued a statement that called these ordered departures “appropriate given the current security conditions,” but did not detail the nature of any threat and whether there was anything new or different from the threats of attacks last week that Secretary of State Mike Pompeo said “were imminent.”

Pompeo made a surprise visit to Baghdad last week to brief Iraqi officials on the U.S. intelligence regarding the threat streams. Reuters reported on Wednesday that the intelligence showed Iran-backed Shi’ite militias positioning rockets near bases housing U.S. forces in Iraq, according to Iraqi security officials.

“We do not make these decisions lightly,” the U.S. Embassy statement said. “The safety and welfare of US government personnel and US citizens is the department’s highest priority. We are confident in the Iraqi security services determination to protect us, but this threat is serious and we want to reduce the risk of harm. We remain committed to partnering with Iraq to advance our mutual interest.”

Americans at the Baghdad embassy and Erbil consulate have been asked to depart the country by commercial transportation and are advised to monitor local media for updates, review personal security plans and review the complete travel advisory for Iraq.

Visa services at each location have been suspended.

Pompeo, just back from a trip to Sochi where he met with Russian President Vladimir Putin, is scheduled to brief President Donald Trump on Wednesday afternoon at the White House.

At a joint news conference Tuesday in Sochi with Foreign Minister Sergey Lavrov, Pompeo said that the U.S. fundamentally does not seek a war with Iran and that recent U.S. actions were only intended to force Iran to stop its campaign of assassinations in Europe and support for groups such as the Houthi rebels in Yemen.

“Our position hasn’t changed,” Pompeo said. “We’ve made clear to the Iranians if American interests are attacked we most certainly will respond in an appropriate fashion.”

The White House announced last week that the USS Abraham Lincoln carrier group and a bomber task force were being deployed in response to unspecified “troubling and escalatory indications and warnings” of a threat from Iran, although the Pentagon later confirmed the aircraft carrier was already scheduled to eventually transit through the region. The U.S. also decided to move a Patriot anti-missile battery into the Middle East.

President Trump on Tuesday dismissed a New York Times report as “fake news” that the administration is reviewing a plan to send as many as 120,000 troops to the Middle East if Iran attacked U.S. forces.

But even as the president sought to brush off the report, he added that he would “send a hell of lot more” troops if he did have to respond to a military attack from Iran.

However, Maj. Gen. Chris Ghika, a British general and senior officer in the U.S.-backed coalition fighting the Islamic State told reporters at the Pentagon on Tuesday that there has been “no increased threat from Iranian-backed forces in Iraq and Syria.”

The comment prompted a public response by U.S. Central Command, which said in a statement that Ghika’s remarks “run counter to the identified credible threats” from Iranian-backed forces in the region. The statement added that the coalition “is now at a high level of alert as we continue to closely monitor credible and possibly imminent threats to U.S. forces in Iraq.”

On Wednesday, the British Ministry of Defense came to the defense of Ghika, explaining that he was speaking “as a military officer in the US-led Coalition focused on the fight against [ISIS] in Iraq and Syria.”

“His comments are based on the day to day military operations and his sole focus is the enduring defeat of [ISIS],” the British Ministry of Defense continued.

However, the statement did not try to correct Ghika’s comment or further expand on the threat from Iran, leaving it at: “The UK has long been clear about our concerns over Iran’s destabilizing behaviour in the region.”

It was one year ago that President Trump pulled the U.S. out of the nuclear deal with Iran.

Greenland responds to reports Trump talked about buying the territory

Hits: 3 The Greenland Ministry of Foreign Affairs responded to reports that President Donald Trump had talked about the possibility of buying the territory. “Greenland is rich in valuable resources such as minerals, the purest […]

AG Barr defends Trump’s actions, handling of Mueller report ahead of its release

Hits: 7 The murder of Washington Post Jamal Khashoggi did not come up in Secretary of State Mike Pompeo’s meeting with the Saudi king on Monday, according to a senior State Department official. It’s the […]