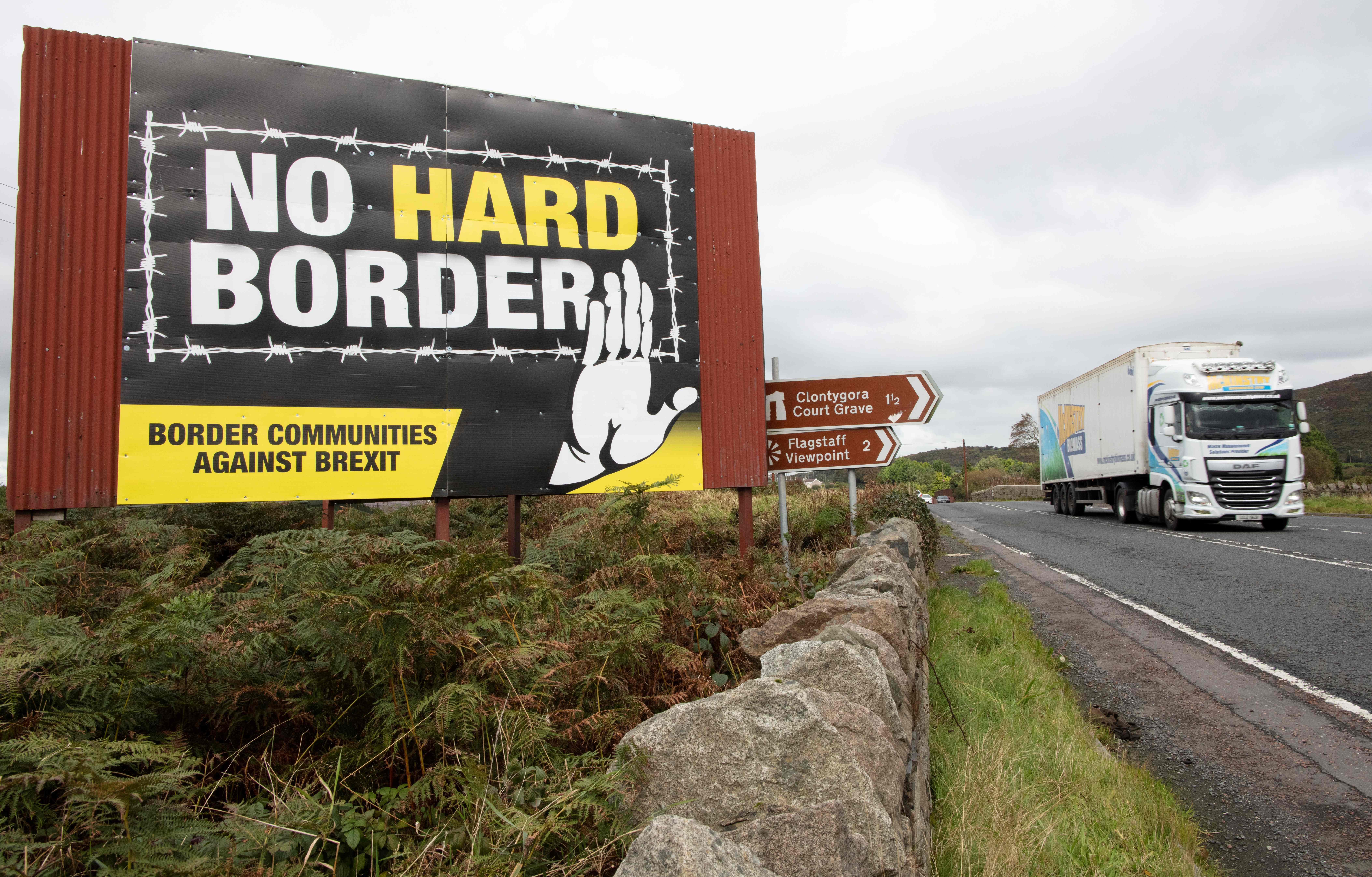 TOPSHOT – A vehicle passes an anti-Brexit pro-Irish unity billboard seen from the Dublin road in Newry, Northern Ireland, on October 1, 2019 on the border between Newry in Northern Ireland and Dundalk in the Irish Republic. – Britain will give the EU new proposals for a Brexit deal “shortly”, Prime Minister Boris Johnson said on October 1, but rejected reports it would see customs posts along the Irish border. (Photo by PAUL FAITH / AFP) (Photo by PAUL FAITH/AFP via Getty Images)

The British pound made a sharp move higher against both the dollar and the euro Wednesday morning, after one newspaper report suggested the EU is ready to make a major concession in negotiations over the U.K.’s withdrawal from the trading bloc.

According to The Times, sources close to the talks believe that the EU will grant lawmakers in Northern Ireland the right to leave any backstop arrangement within a few years.

The backstop is an arrangement whereby Northern Ireland remains in the customs union — a common tariff area — until a solution can be found to prevent any return of physical checks on the U.K.’s border with the Republic of Ireland.

The story, published Wednesday morning, claims that lawmakers from all sides of Northern Ireland’s assembly government would be granted the right to revoke the withdrawal treaty, and therefore the backstop, if a “double majority” was secured.