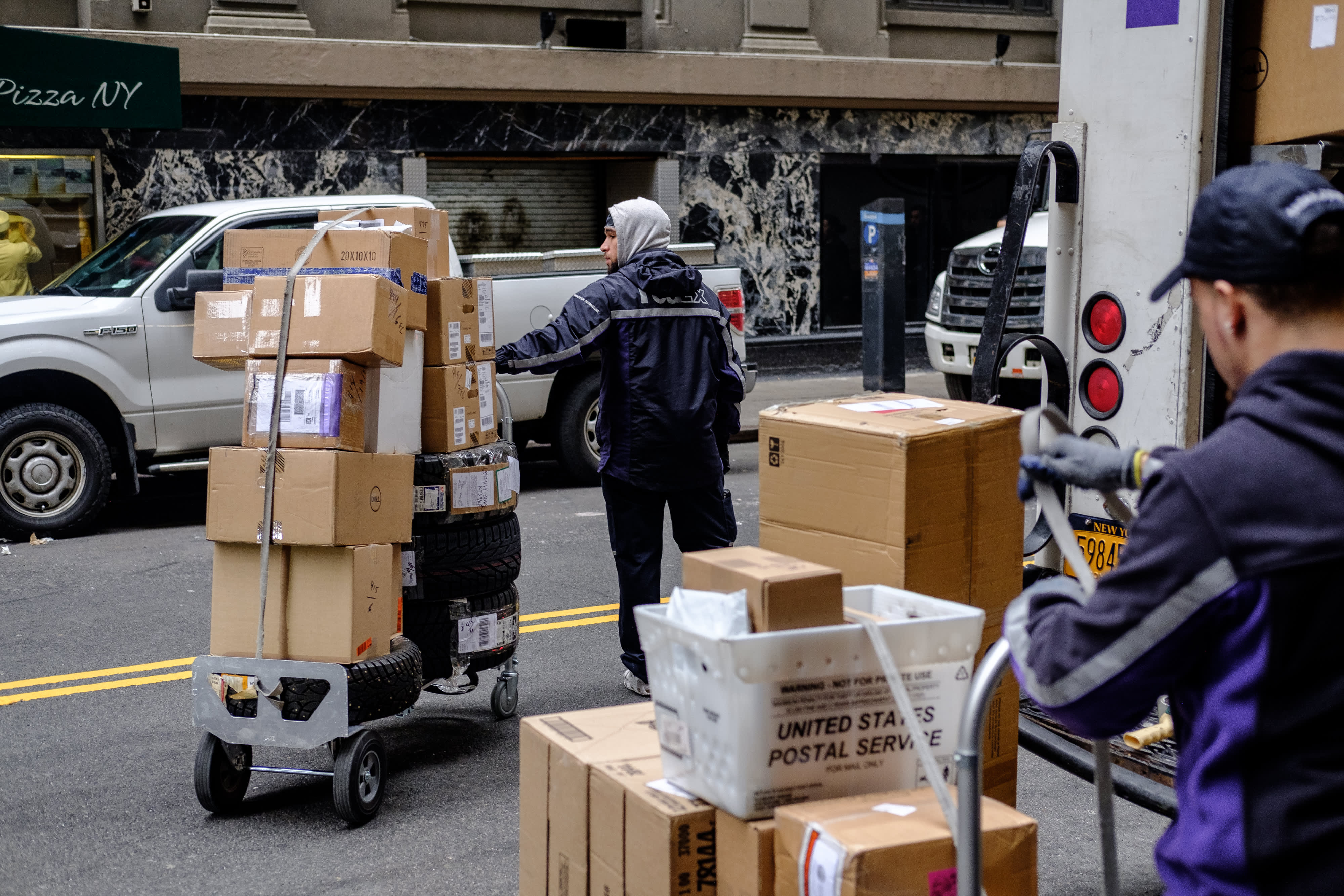 Big tech platforms have consumer data histories to inform advertising strategies, but lack of personalization in ads is still a big problem for the e-commerce industry.

Cyber Monday shoppers have already spent $473 million in online sales, as of 9:00 a.m. ET, according to data released by Adobe Analytics, which monitors the online transactions of 80 of the top 100 web retailers in the U.S.

Cyber Monday online sales are on track to hit $9.4 billion, or 18.9% year-over-year growth, according to preliminary data, Adobe said.

As extreme weather hits, shoppers may be even more motivated to do their shopping from home. States that saw more than 2 inches of snow also saw a 7% boost in online sales, Adobe said.

The top sellers so far in toys include “Frozen 2”, L.O.L Surprise Dolls and Paw Patrol, while top video games and consoles include Madden 20, FIFA 20 and Nintendo Switch. Samsung TVs, Apple laptops and Amazon Echo are among the most popular electronic products, according to Adobe.

This year, shoppers didn’t wait until Cyber Monday to start their online shopping. Retailers began sales in early November and lines were thin at stores on Black Friday as deals began on Thanksgiving day.

Black Friday was predicted to be the busiest shopping day of the year in the U.S. for shoppers to head out to stores, but even on that day people were loading up online shopping carts. Online spending hit a record of $5.4 billion, up 22.3% from a year ago, according to Adobe data Sunday night.

These big-box stores have proven themselves in online sales. Walmart and Target both saw bigger jumps than Amazon in online customer spending during the first two weeks of November from last year, according to Edison Trends, which looked at more than 1.2 million transactions.

Nordstrom saw the biggest increase in online sales during Thanksgiving and Black Friday compared with last year, at 60%, followed by Walmart at 53% and Amazon at 49%, according to an analysis of about 300,000 transactions done by Edison Trends. Target saw its online sales fall around 12% during that same period, while J.C. Penney‘s fell around 14%.

As retailers battle Amazon and one another for customers, they are investing in e-commerce enhancements and integrating their e-commerce options with brick-and-mortar stores. Stores have been adding more products to their online shops and offering new ways for customers to shop, like in-store pick up of items ordered online and direct shipping. Buy online and pick up in store, as well as curbside pick-up services since Nov. 1 have seen a 43.2% growth from last year, according to Adobe.

Smartphones have been a prime shopping tool this season, accounting for 36.1% of online sales so far, 24.1% higher than last year, according to Adobe.