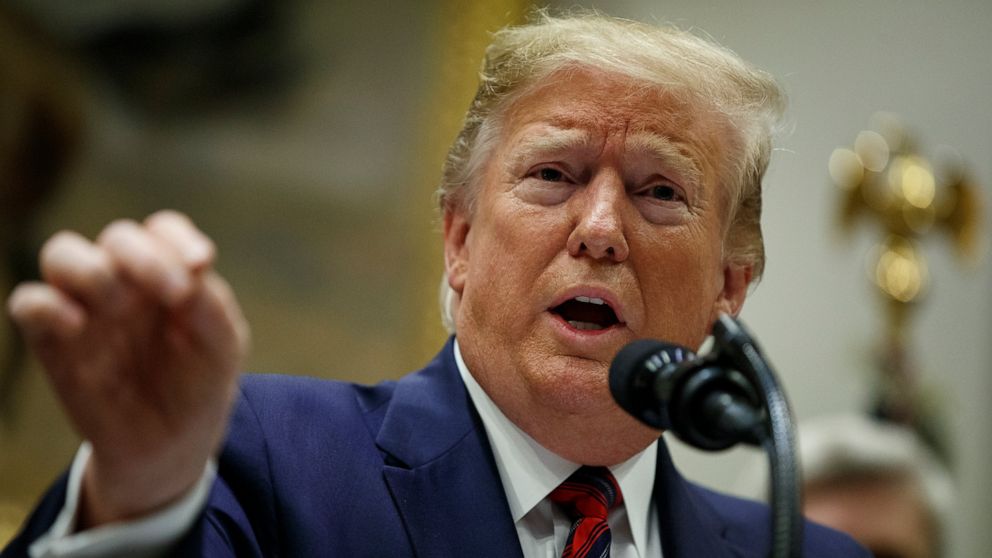 President Donald Trump on Monday repeated unsubstantiated claims that efforts by law enforcement to investigate the Trump campaign’s possible ties to Russia were part of a “coup.”

The president also attacked the FBI as having “no leadership,” an insult aimed at FBI Director Chris Wray, whom Trump nominated to replace former FBI Director James Comey. Wray testified before Congress last week that he wouldn’t use the word “spying” to describe the bureau’s investigative activity.

Trump retweeted a claim that Wray was “trying to protect the same gang.”

Wray’s comments stood in contrast to Attorney General William Barr’s, who told Congress in April that he thought “spying did occur.” Barr also said he wasn’t suggesting that it “wasn’t adequately predicated,” but that he needed to “explore” that.

The president’s comments, issued in an early-morning Twitter thread quoting Judicial Review’s Fitton on one of the president’s favorite Fox News shows, “Lou Dobbs Tonight,” followed public push-back on his allegations of spying and a coup from a former senior aide and lawyer for the FBI, James Baker.

Last week, Baker spoke out against the president publicly for one of the first times.

“There was no attempted ‘coup,'” Baker, the FBI’s former general counsel, said in an interview at the Brookings Institution on Thursday. “There was no way in hell that I was going to allow some coup or coup attempt to take place on my watch.”

“I want to talk about the origin of the investigation to reassure the American people that it was done for lawful legitimate reasons and was apolitical throughout in my experience,” Baker said in an interview with Lawfare’s Benjamin Wittes.

“Just another abuse of power in a long series of abuses of power by the Democrats that began during the Obama Administration, continued through the Mueller FBI operation, & now the baton has been passed to Jerry Nadler to continue to abuse power to harass President Trump..

The president also tweeted about the House Judiciary Committee’s vote to hold Barr in contempt of Congress, which Trump quoted Fitton describing as “just another abuse of power in a long series of abuses of power by the Democrats.”

The vote came after the attorney general’s refusal to produce the full, unredacted report from special counsel Robert Mueller’s investigation, along with all of the underlying documents. Ahead of the vote, Trump asserted executive privilege over the report and its underlying evidence.

Hits: 7 At Tuesday’s House impeachment hearing, the Republican counsel questioned Lt. Col. Alexander Vindman about a specific proposition by the Ukrainian government — an offer for Vindman to serve as its defense minister. Vindman, […]

Hits: 0 The head of the top U.S. environmental agency said on Wednesday that the Trump administration considers drinking water quality around the world a bigger crisis than climate change, despite the recent surge in […]